This site uses cookies to better understand visitor behaviour. If you're OK with this then click accept, if not, then reject.
If you want more information, have a look at the site's cookie policy.

Welcome to the website for Sand City Strollers, an amateur 7-a-side football team that play each week at Penwortham Leisure Centre on a Thursday evening.

This Is What It's All About 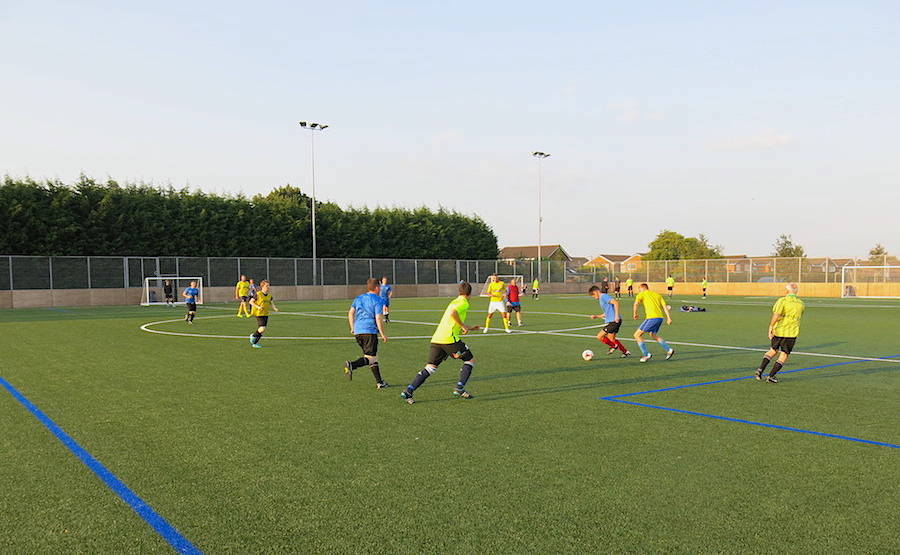 Simply spending 40 minutes on a Thursday evening knocking and chasing a football around a pitch with 6 other people trying to do exactly the same thing - and working with you - and you encounter 7 other players who also have the same aim, but they're not working with you in any capacity.

If you love the beautiful game then you (pretty much) know exactly what to expect.

Find out a little more about the team, the squad members and the management team.

Star names that are playing for us right now or have played for us in the (fairly recent) past.

On this page you can have a look at our recent results and also see our upcoming fixtures.

Here you can read about the latest news, usually what happened in our recent matches.

If you want to send me an email, then the easiest way is to simply click the button below.

If you're at a loose end on a Thursday evening and are keen for a game then get in touch. 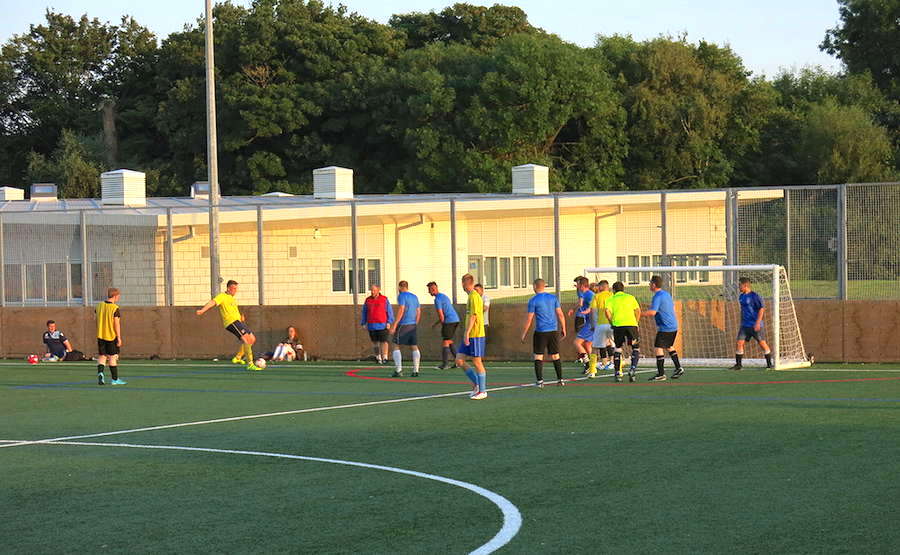 Packed defence to thwart our attack

View from behind the nets

Last season we had a poor season, we finished nearer the bottom rather than the top of the table.

Disappointing when you consider we had a good top half finish the previous season and that included a series of good results at the end of the fixtures.

Last season we had a great start (won 8 - 2), then a dip in form, followed by a series of draws, another dip in form and we finished it off with a good 2 - 1 win against Expected Tolouse.

For goodness sake, even Redstar Fulwood finished above us!

(Rumour is that Redstar Fulwood are to be strengthened this season by players they have picked up from the recently disbanded Deepdale Seniors - you read it here first!)

Euxtom FC were promoted to the Championship, with Longton St Germain also going up with them.

Moving in the other direction is a name from the past - Boca Seniors - not played against them for 3 or 4 seasons.

Not sure who else is coming down, it could be that a team has either dropped out or changed their name for the coming season.

Shout Out For Top Talent

From time to time we are on the look out for new and emerging talent. If you are quite regularly at a bit of a loose end on a Thursday evening, know how to kick a ball and realise that we change sides at half time, then it sounds like you could be just the sort of fellow we'd like to meet.

Why not use the Contact page to send me an email and let's see what we can do. Hope to hear from you soon.